Although many of us are trying to avoid thinking about the freezing temperatures outside, as a follow-up to last week's Goldilocks and the Three Bears, we have chosen to feature The Three Snow Bears, an interpretation set in the Artic north. Rather than Goldilocks, the story features Aloo-ki, the raven-haired Inuit girl who discovers the igloo of a polar bear family. Adding to the charm and beauty of this book are the playful boarders of each page filled with mischevious artic animals dressed in parkas and having great fun. We love all of Jan Brett's books, but this one has a special place at the top of the list. 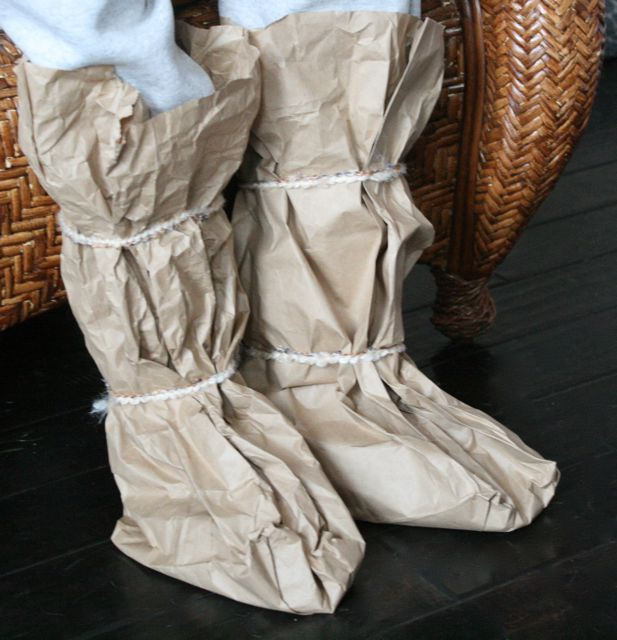 In the igloo, Aloo-ki tries on each bear's pair of beautiful boots. Your young reader can have fun with their very own pair of Inuit boots (we just don't reccomend testing to see if they are waterproof). If your youg reader chooses, the boots can be decorated any way they choose.

One of the most popular activities with my kindergarteners during our study of the artic was playing the Inuit blanket toss game. The game originated with hunters because the person being tossed into the air would be able to spot caribou or whales in the distance. In traditional times, the blanket was made from seal or walrus skins, but the blankets used today are made from canvas. While playing the game with my students, we used a blanket and had a stuffed animals as our "hunter" being tossed in the air.

For a bit more information and a picture, check out The Blanket Toss. 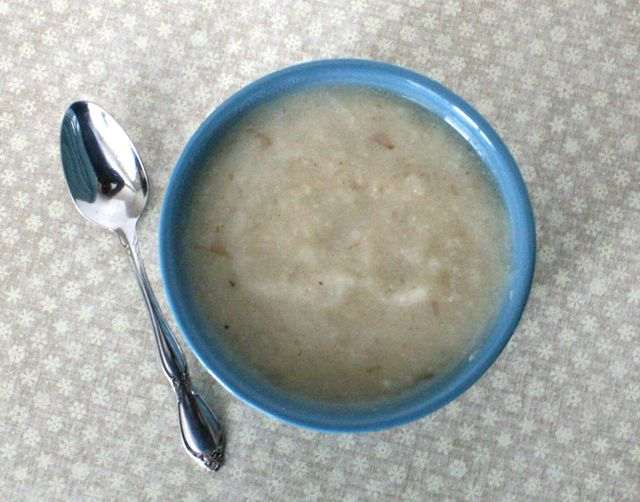 While the original Goldilocks enjoyed the Three Bears' porridge, Aloo-ki and the Three Snow Bears prefer bowl of piping hot soup. Our recipe was inspired by the color of the frozen Artic landscape in the book. This warm and creamy soup is full of potato flavor without being heavy, and a swirl of melted mozzarella cheese will tempt even the pickiest taste buds.

Learn more about Jan Brett and the Three Snow Bears by watching the following video.

Fill long winter afternoons by coloring and assembling this Three Snow Bears mural from Jan Brett's website.  Included are the bears and their clothes, Aloo-ki and her dogs, many of the animals from the borders, and even the igloo and other details from the story.

This post contains affiliate links. Thank you for supporting Off the Shelf!

The comments to this entry are closed.

Welcome to Off the Shelf! Here you will find beloved picture books that have come to life through open-ended art activities, recipes designed to get kids cooking, and so much more!
We hope to not only inspire children’s love of reading but also spark their imaginations, nurture their creativity, and show them that the whole world can be a place to explore. Besides all that, they will have fun! And it all begins with a book.
Find Off the Shelf on
Facebook, Twitter, Instagram,
and Pinterest.

Support Off the Shelf by buying your children's books through the various Amazon affiliate links throughout the blog.